Why Sentiment on CAA Should be About the Ones Receiving Benefits 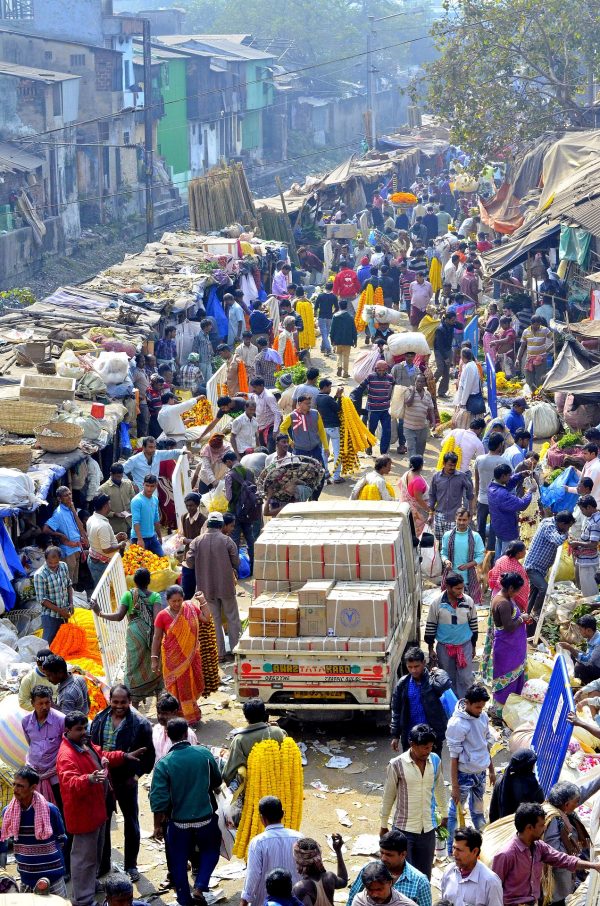 As a young student studying in Los Angeles—one of the world’s most liberal cities—I have encountered numerous anti-CAA and anti-NRC perspectives. However, I noticed that a lot of the opposition is grounded more upon the rhetoric of liberalism, than upon a clearly articulated and logical objection.

While disagreements, discussions, and deliberations uphold democratic processes, opposition and deep-rooted apathy based on incorrect facts, misconstrued notions, and a sheer lack of information, impede the same.

One of the main reasons for these protests is because Islam was left out of the six religions mentioned in the CAA. Before outrightly calling it targeted religious discrimination, anti-constitutional, anti-secular, and ‘classic BJP’ propagating their so-called ‘Hindutva’ ideology, however, let’s understand the merits of the opposite side. Additionally, let’s keep in mind that religion and immigration have been, are, and always will be key factors in politics and international relations across the world.

Understanding the Intended Beneficiaries of CAA

There has to be a distinction between the two and existential concerns have to be given precedence. This dynamic exists because Pakistan, Bangladesh, and Afghanistan are either officially Islamic Republics or have declared Islam as their state religion and have been incessantly persecuting members of other religions—thus, none is secular in spirit.

The very recent vandalism of the Nankana Sahib Gurdwara gave an inkling of this expressive anti-secularism that subsequently translates into extreme discrimination in various spheres of life for non-Muslims.

The low populations of only those six religions in these three countries highlights two possible explanations: 1) Religious persecution leading to deaths and conversions; 2) Communal immigration to avoid ‘1)’.

The CAA aims to protect those non-Muslims. I believe that equality can only be achieved whence all parties concerned are at the least similarly situated. Communities, and their circumstances, have to be seen through particular frames of reference. It is these frames that then translate into government policy with the aim of achieving equality.

Why CAA is Humanitarian and Affirmative Action

Just as Reservation and the National Minority status have the purpose of providing equal opportunities and safeguarding the interests of particular communities, so does the CAA by virtue of merely fast-tracking the process of acquiring citizenship for those religiously persecuted individuals. This is particularly true when also seen within the context of the 1950 Nehru-Liaqat Pact that mandates India and Pakistan to protect migrant minorities from either country. While the Indian Constitution upholds this pact and safeguards the interests of its minorities, the aforementioned three countries do not.

The CAA does not take away any existing privileges.

Therefore, it is not that illegal immigrant Muslims will not be given citizenship, since they can still apply through the standard process of acquiring citizenship. It is even more outrageous to say that the Indian citizenship of Muslims will be revoked, as that is a factual impossibility. It is evident that the sentiments of the religiously persecuted are greatly being ignored as the main focus of this action has become about those who are not getting an added benefit, rather than being about those who need that added benefit.

Social Contract Between India and Its Citizens

Now moving on to the NRC, it is interesting to see the ‘Mob mentality’ play out right before us, especially in light of numerous discussions and on-the-ground interviews. The Bandwagon Effect has seemingly dominated a large section of the protesters. And what’s unfortunate is that many educated individuals have also been plagued by this phenomenon!

At the outset, the guidelines for a nation-wide NRC simply do not exist. The NRC only exists for Assam, and that too under the auspices of the Supreme Court of India—the highest judicial body with a mandate of upholding the Constitution. Moreover, the context of Assam in which the NRC was implemented is extremely situation-specific. Thus, it is not safe to assume that if the NRC is implemented across India, it will follow the same guidelines as it does in Assam. In fact, it is safe to assume that the guidelines for the NRC will be based on the Citizenship Act of 1955, which clearly outlines the 5 ways to acquire Indian citizenship.

Additionally, if the government is creating a collated database of its citizens to determine their legality, why is it such an immense issue? The Social Contract that exists is between Indian citizens and the Indian government. Illegal immigrants are not Indians, and so the government is in the right to find out who and where they are. Jean-Jacques Rousseau would surely be turning in his grave!

How CAA 2019 Can Be the First Step Towards Inclusiveness

There is another perspective that states that the Ahmadiyya and Rohingya Muslims are also religiously persecuted and hence should be given this added benefit. And rightly so, they should be given. I believe the government should add another policy to grant citizenship to anyone persecuted based on religious lines, and the CAA 2019 should be a first phase in a long, step-by-step process for inclusiveness and equality.

Conclusively speaking, a lot of the violence and unrest prevalent today over the CAA and NRC is because of misinformation and misrepresentation. Assumptions and blind faith have also played an immense role in mobilizing thousands across the country. While violence is always bad, there’s nothing worse than violence because of incorrect or incomplete information.

Peaceful disobedience, constructive criticism, and the avoidance of ungrounded support will do good for our country, as opposed to the present situation. It is also pertinent to note that this action has been undertaken by a Prime Minister from a party that won an overwhelming majority of 303 seats, through democratic elections, and is following his party’s manifesto with the aim of uplifting the oppressed!

While the majority decision need not be the right decision, this is the paradox of a democracy and the citizens of India will have to wait until 2024 to decide their fate once again. This action, in a sense, is exceedingly democratic: A political party released a manifesto, got elected, and then began implementing it.

That said, however, the rhetoric behind the BJP has always followed an anti-Muslim sentiment, which is why all these actions are immediately seen as discriminatory. This is why the BJP needs to reach out to the crores of Indian Muslims who are perpetually scared and worried. It is not right for a large population of the country to live in fear and uncertainty. The unity in diversity of India needs to be highlighted, and moreover, practised.

(Author Arhan Bagati studies Politics and Asian Studies for his Bachelor of Arts degree at Pomona College, Los Angeles. He is currently in Jesus College, University of Cambridge as part of a six-month selective Study Abroad program. He tweets @IamArhanBagati This is a blog and the views expressed above are the author’s own. The Quint neither endorses nor is responsible for the same.)