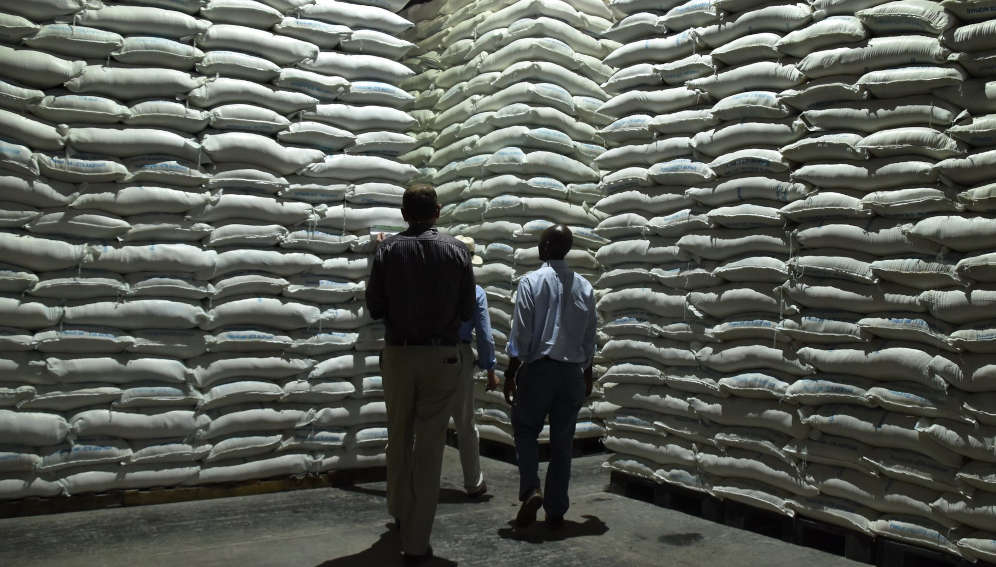 Leaders from more than 85 countries will pledge their commitment to transforming food systems at the UN Food Systems Summit this week, but scientists say close monitoring of their actions beyond the talks will be the true test of success.

The summit, being held virtually during the UN General Assembly high-level week in New York, is expected to include pledges on healthy meals for all schoolchildren, food waste reduction, and harnessing agricultural innovation to meet climate goals.

In the 18 months leading up to the event on Thursday, 148 countries have hosted national dialogues with key actors across food systems to develop national strategies for more resilient and sustainable food systems, the UN said, touting the summit as an “historic opportunity” to put global development goals back on track.

“My fears are that the ‘country commitments’ will be so vague and unmeasurable that they provide no basis for holding governments and companies to account.”

“After 18 long months, the world is on the brink of a summit that aims to change the trajectory of global progress, uniting everyone in a shared commitment to deliver the Sustainable Development Goals and the fundamental human rights at their core,” said Agnes Kalibata, the UN secretary-general’s special envoy for the summit, in a statement issued Monday.

But many scientists are concerned that national commitments — which will not be legally binding — will be hollow unless accountability mechanisms are established.

Boyd Swinburn, professor of population nutrition and global health at the University of Auckland, New Zealand, said: “My fears are that the ‘country commitments’ will be so vague and unmeasurable that they provide no basis for holding governments and companies to account.”

Swinburn, who leads the international INFORMAS network, which tracks food policy implementation, is one of a number of scientists behind a new Accountability Pact, to monitor governments’ actions beyond the summit. The pact has garnered the support of more than 250 scientists worldwide.

“The Accountability Pact is a call out to scientists around the world to join the existing networks of groups monitoring action to improve food systems and to boost our efforts so that we are getting relevant research onto the policy table,” said Swinburn.

Experts in nutrition and agriculture writing in the journal Global Food Security this month, called for an “accountability mechanism tied to guaranteed investments” to ensure pledges made at the summit are followed through. They said it should be supported by a scientific body with a “robust monitoring system” that openly evaluates evidence, “with indicators and benchmarks that the world can feasibly track.”

Namukolo Covic, senior research coordinator at the International Food Policy Research Institute and one of the authors of the article, said such a mechanism was important for holding not just governments, but commercial enterprises to account.

The summit has been boycotted by a large number of civil society groups and scientists who claim big agribusinesses have been integral to the summit process at the expense of small-scale producers and indigenous people — claims which the UN strongly denies.

“If this is supposed to be an inclusive process, it means [private companies] might find entry points to contribute to the process, but what might be those accountability mechanisms to ensure that they are contributing positively to the transformation process?” asked Namukolo.

The Zambian nutritionist, who was closely involved in the UN summit process, believes that the implementation of national roadmaps will be paramount if real change is to be seen beyond the talks.*

“[The summit’s] success will be determined by how successful the country roadmaps become,” Namukolo said. “All the changes that we wish for … at the global level will only be realised based on what actions are taken by individual countries, by communities, by individuals like you and me.”

Qu Dongyu, director-general of the UN’s Food and Agriculture Organization, said the FAO would be “taking the lead to implement follow-up actions after the summit”, but added: “Transforming our global agri-food systems rests ultimately with actions at the country and local levels.”

Outlining the issues underpinning the need for food systems change, he said: “After decades of decline, the number of hungry people has been growing for the past five years, now amounting to as many as 811 million people.

“At the same time, obesity and other non-communicable diseases are ever-growing global problems … Many of the current agri-food practices are also exacting a heavy toll on our planet.”

To ensure that the summit focuses on solutions to these challenges, and is “more than a talking-shop”, existing mechanisms such as the Committee on Global Food security must be utilised, says Nitya Rao, director of the Norwich Institute for Sustainable Development, in the UK. “Solutions are known, what is needed is the buy-in from different stakeholders,” she said.

Outlining what she hopes to see result from the summit, she said: “We need a people-centric approach to food systems that acknowledges diversity and inequality, and seeks to radically transform [food systems] in favour of the most marginal. It needs to recognise women’s and indigenous people’s knowledges and support multiple, context-specific pathways towards sustainability.”

This piece was produced by SciDev.Net’s Global desk.

*  This article was corrected on 22 September 2021 to clarify that Namukolo Covic is from Zambia, not Ethiopia where she is currently based.