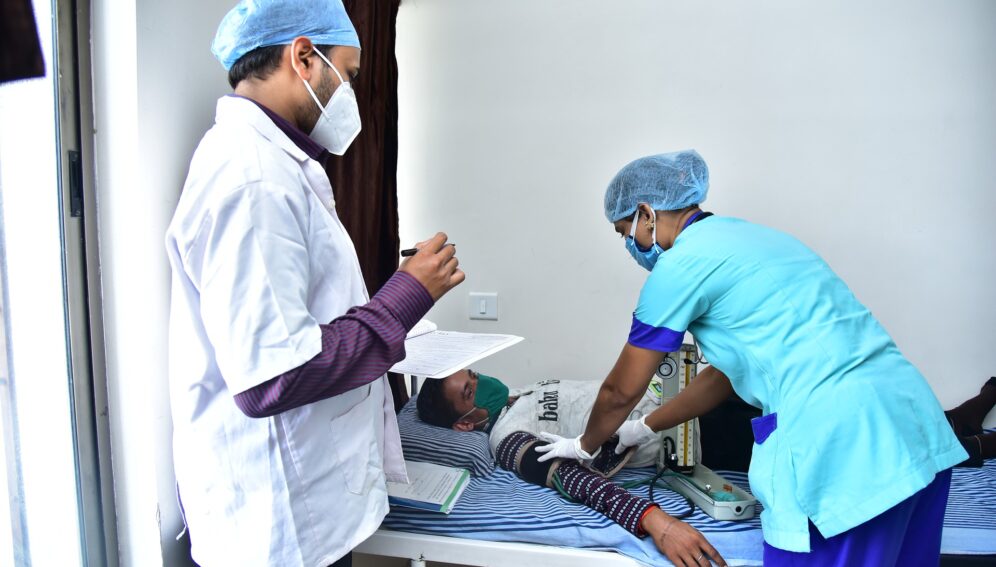 Of the 20,000 students who fled the eastern European country since the military invasion by Russia began on 24 February, 18,000 were studying medicine. Most have crossed the border into neighbouring countries like Poland and Hungary to board special flights home.

Their plight has highlighted the large numbers of young Indians enrolling in medical schools in Russia, the former Soviet Republics and China to beat an acute shortage of seats in the heavily subsidised public sector and the high costs of private medical education in India.

The government ordered last month that half of the 43,815 medical places available in private sector colleges be thrown open at costs comparable to that charged by government medical schools from the academic year beginning 16 May.

A note issued by the National Medical Commission, the regulatory body for medical education and the profession, says that private medical institutions must follow the “not-for-profit” principle. It says that while expenses for running a medical college can be recovered from fees charged to students, “no excessive expense and exorbitant profit component should be allowed to be added to the fees”.

Prime Minister Narendra Modi’s office said in a tweet on 7 March said that his government had decided that “half the seats in private medical colleges will be charged at par with government medical colleges”.  The decision, the tweet said, would “benefit poor and middle-class children”.

However, the decision is considered far from adequate to meet the demand for medical education in India or the requirements of public health services in the country of 1.4 billion people.

Mira Shiva, founder-member of the People’s Health Movement, tells SciDev.Net that it is little more than a band-aid applied to serious issues around medical education.

“For a start the government should increase rather than progressively reduce the budgetary outlay on both health and education and change a policy that leaves these critical social sectors to the mercy of private enterprise,” she said.

Shiva said it would have been more meaningful for the government to consider subsidising medical education in both public and private sectors while making information on the medical education sector readily available to the public.

Those who make it to the state colleges benefit from heavy subsidies. For instance, the annual fee in two of Delhi’s top medical colleges, the Lady Hardinge Medical College and the Maulana Azad Medical College, is less than US$30. But those who manage to get a seat in one of the 218 private medical colleges must pay fees that are typically two or three times more expensive than what a student may have to pay in a country like Ukraine.

According to Shiva, apart from the high costs, the quality of education in most of the privately-run medical colleges is lacking because of the low pay offered to teaching staff. “Faculty are known to resort to private clinical practice to supplement their incomes and this tells on the overall academic atmosphere,” she said.

Reghunath Kumaran, an Indian psychiatrist currently working in Canada, says it is unfair to tar all private medical colleges with the same brush. “Maybe I did not have the smarts to attend a government medical college but I have consistently outperformed those from the state-run institutions in various examinations since qualifying. I think the selection process is at fault,” he said.

According to Balan, the competition for seats in medical colleges is stiff because a career in medicine is highly glorified at school, home and in society with little consideration given to aptitude. “The Indian system of MBBS selection does not look at the real aptitude, the sole criterion being the ability to answer a multiple-choice questions exam well and, in the case of private institutions, the ability to pay the fees,” she added.

“Many politicians have significant stakes in the building up of a large number of private medical colleges — one reason why the fees have spun out of control with some colleges asking the equivalent of US$30,000 as annual fees.” That is more than the cost of the entire six-year medical course in Ukraine.

However, many Indian medical graduates coming in from Ukraine or other countries must sit for a stiff qualifying exam in order to get a license to practice. About 80 per cent of them fail in the first attempt while many never pass subsequent attempts and are forced to settle for allied careers like hospital management.

Others move abroad in order to acquire postgraduate or higher qualifications. Often, they settle down in countries where the demand for qualified doctors is high, just to be able to provide for their families and be assured of decent career progression.

This piece was produced by SciDev.Net’s Asia & Pacific desk.