From dealing drugs to selling tortillas: the surprising future of former gang members 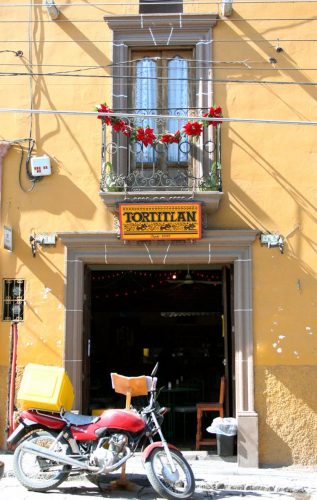 Becoming a gang member is often assumed to imply few long-term life opportunities beyond dying or being imprisoned. In most of the world, however, this only concerns a minority of gang members, with the majority tending to “mature out” out of their gang, and becoming (more or less) upstanding members of society.

Indeed, a striking finding of my longitudinal research in Nicaragua is that many former gang members can actively thrive directly as a result of their gang-related experiences, to the extent that we can talk about there being clear dividends.

In their book Freakonomics, Steven Levitt and Stephen Dubner famously highlight how the benefits of being a member of a drug-dealing gang are often quite limited. In particular, the authors describe how the overwhelming majority of those involved in the US drug trade earn less than the minimum wage, with only gang leaders receiving anything in the way of substantial material returns.

While this is not necessarily the case everywhere, there is no doubt that the material benefits of drug dealing can often be unevenly distributed.

At the same time, being a member of a drug gang can also provide individuals with more intangible benefits drawing from street-experience or specific skills and knowledge inherent to the “job”. These can potentially have more important consequences for post-drug dealing trajectories than any putative material returns.

However, the long-term benefits are highly variable, as my research shows through the contrasting trajectories of Milton and Bismarck, two former members of a drug-dealing gang in the barrio Luis Fanor Hernández, the poor neighbourhood in Managua, the capital city of Nicaragua, where I carry out my work.

Selling crack on a bicycle

Between 2010 and 2011, Milton was a crack dealer, selling drugs in a concealed manner to avoid attracting attention. As he explained:

“I wouldn’t sell on the streets but would only sell to regular clients and … deliver drugs to them directly, whenever they wanted it instead of having them come to the barrio … I had a good number of clients, who would text me whenever they wanted some crack, which I’d then deliver to them on my bicycle.”

Milton was a successful dealer but he did not save much money, preferring to spend conspicuously. He ceased drug dealing in 2011 after the drug trade in Luis Fanor Hernández collapsed due to the local wholesaler’s arrest. Finding himself out of work, he decided to start a tortilla-making business instead.

“Why a tortilla-making business, you ask? Well, my mother was a tortillera – you know, a tortilla-maker – but she was getting old and wanted to give it up, so I told her, why don’t you let me take over?”

Milton went on to explain how normally tortilleras would make their tortillas early in the morning, but by the time they go out to sell them they would be all stale and cold, and “nobody likes a cold tortilla”. He had an idea that would enable him to sell fresh, steaming-hot tortillas:

“I thought to myself, ‘Why don’t I do like I did with drugs, get people to text me when they want tortillas, and I’d then make them and deliver them straight away?’”

Milton therefore confidently approached local businesses with samples of his tortillas, and told people that if they wanted fresh, hot tortillas, they should just text him.

“At first only a few people did so, but word got around, and pretty quickly I was getting more orders than I could cope with.”

These were the days when rapid-food delivery companies were in their infancy worldwide. In Nicaragua such services were unknown, so this new way of producing and delivering tortillas was a game changer. Milton’s business expanded rapidly, to the extent that he had to hire five people to make tortillas and invest in a motorcycle for deliveries.

Now producing around 3,000 tortillas a day, Milton’s business is extremely successful, and completely dominates the tortilla market in Luis Fanor Hernández and its surroundings.

In 2016, it provided him with a weekly profit of almost US$200, more than twice Nicaragua’s monthly median wage, and about 80% of what he used to make as a drug dealer.

This success is directly due to Milton’s having drawn on his drug-dealing experience to structure his new business. In particular, the use of mobile technology and the “just in time” delivery enabled him to gain an edge on existing tortilla sellers. Normally this field of economic activity has traditional means of operating and low profit margins. But Milton established the basis for an exceptionally profitable mode of operation.

At the same time, the knowledge and skills learned in gangs are not always useful or deployable in a sustainable manner. The case of Bismarck, who dealt drugs in barrio Luis Fanor Hernández between 2000 and 2006, is a case in point.

Unlike Milton, Bismarck saved a significant proportion of his drug-dealing profits. He had much less of a conspicuously consuming lifestyle, and would regularly invest in real estate, buying houses to rent out and building an inexpensive hostel in Luis Fanor Hernández.

When he stopped dealing drugs, these properties ensured that he continued to enjoy a comfortable monthly revenue, albeit equivalent to about 55% of what he had earned as a drug dealer, something that Bismarck professed himself to be more than happy with insofar as “being a businessman was much less dangerous than being a drug dealer”.

Unlike other property owners in the neighbourhood, Bismarck was successful at obtaining prompt rental payment because he drew on his gang experience to intimidate, threaten and sometimes enact violence against his renters.

This proved to be something of a double-edged sword, as within a few years, Bismarck lost all of his property portfolio except for his own home, due to the very reason that had made his real estate business initially successful. Some of his houses were expropriated by renters, themselves former gang members, who banded up to intimidate and beat up Bismarck. His hostel was burned down by a group of ex-military men staying there who did not take well to being threatened when they failed to pay their rent.

Bismarck’s post-drug dealing trajectory thus contrasts strongly with Milton’s, and highlights how the skills and knowledge gained through having been a gang member can have different consequences and variable outcomes. Not all gang-related skills and knowledge are always beneficial, and their dividends depend very much on the way and field of activity within which they are deployed.

But knowing that the gang member experience is not necessarily always negative and can sometimes potentially lead to more positive outcomes is clearly important in relation to developing coherent policies and opportunities for former gang members that will harness their undoubted vitality and allow them to maximise their post-gang contribution to society.